Discover Uruguay was founded in the `90 s. From USA to South America, We offer great tours. Enjoy !

Because Uruguay is such a small country, everything is within driving distance!  Time your vacation with Uruguay's native festivals.

Vacation activities include:
• Sightseeing (Uruguay is rich in culture and history.)
• Festivals (Native celebrations, see links to the left)
• Hiking (Pristine forests, dunes, and wildlife abound.)
• Swimming (Beautiful sandy beaches!)
• Surfing (The Atlantic has never been so much fun.)
• Body Surfing (One of the best locations in the world!)
• Wind Surfing (Ocean breezes yield great opportunity.)
• Boating (The many ports boast yachting clubs and facilities)
• Horseback Riding (easy-riding and fun)
• Shopping (Wonderful antique bargains at flea markets!)
• Gambling (Casinos open 24 hours a day)
• Barbeques (A Uruguayan tradition)
• Fishing (Fresh, salt water, and deep sea.)
• Dancing (Dance until dawn - no "last call!")
• Dining out (Uruguay boasts the BEST steaks in the world!)
• Entertainment (Great shows, including TANGO shows!)
• Sports (Polo, golf, tennis)
• Night Life (The night life can be an uninterrupted succession of visits to the casinos, to sophisticated night clubs that offer floor shows and famous international performers of all types, and, to high society parties that are the talk of the town.  Clubs are open until dawn.) 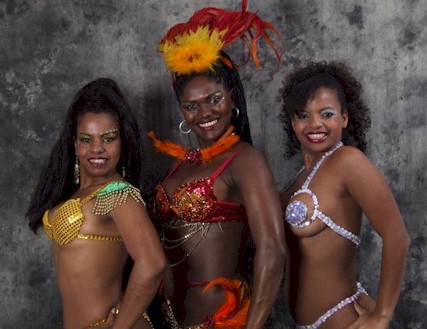 
Mardi Gras Carnival and Parade
Come experience the carnival in Montevideo with the famous celebrated Candombe rhythmic music. Each year, the celebration occurs during the first week of February.  Carnival Week is considered the annual national festival of the nation.  The festival is famous for the Las Murgas, small theatrical productions; each neighborhood has it's own group.

Candombe is the traditional drumming of the Afro-Uruguayan people living in the city of Montevideo, where this music was born. Its heavy African influence is unmistakable, and is one of the few rhythms in South America that reflects its African roots and is embraced by the country for its cultural importance. Born in the Barrios in the city of Montevideo, Candombe is the heart beat of Carnival in Uruguay.

February 2 :  LemanjaFestival of the Goddess of the Sea

On February 2, each year, the Festival of Iemanja is celebrated in both Montevideo and Punta Del Este.
On this day, thousands of people gather at different beaches to honor Iemanja and receive her blessing and protection. Not only devotees will attend, every year more and more curious people will stop by to watch the festivity. They start arriving in the afternoon and they will leave late at night, around 3 in the morning.

Celebrants are mostly dressed in white or light blue and they will make different kinds of offers to the goddess. The most common offers are flowers, watermelons and candles. However, some people go a little further by making sand sculptures or small boats that will carry a sculpture of her and will be full of fruits and foods of different kinds, money, candles and whatever you can imagine.

The "Fiesta de la Patria Gaucha" is held every year in Tacuarembo, in northern Uruguay during the second week of March. It's one of the biggest in South America, with nearly 3000 horses attending. Gauchos of all kinds and those who have the soul of a gaucho congregate in a festival atmosphere.  The gauchos spirit is celebrated with rodeos, parades, and

folklore music.  There are all types of contests and competitions.  Traditional food is cooked outdoors in barbeque type pits called parrillas.

Men, women, and children dress in traditional Gaucho garb.  After the multitude of activities during the day, you can enjoy one of the many shows featuring song, dance, and poetry.
This experience is unique in all the world; if you want to learn, interact, and witness local color and tradition, this is an adventure you will never forget.  And bring your camera!

"Carlos Gardel Week"
Festival of the Tango Culture
This Tango festival honors Carlos Gardel, known in Uruguay as the originator of the Tango.  The week of festivities takes place in Gardel's birthplace of Tacuarembo during the week of June 24th.  The entire town comes alive with parties, dancing, and celebrations.  There is even a museum dedicated to the life and times of Gardel.
Born in Tacuarembó, Uruguay, December 11, 1883, Carlos Gardel is universally recognized as the greatest tango singer of all times. Carlos Gardel’s music embraced the joy, the tragedy, the depth and the passions of life through the people’s music, the Tango. He was the first to

embody its essence - the first to deliver it to the masses, to all people regardless of their station in life. Through Tango song, he captured the heart beat of the people. He communicated the deep emotional spirit of Tango. He sang the tales of love, of jealousy and passion, of life itself. His record sales catapulted him to international fame. He traveled to Spain, France, New York and throughout Latin America where everyone, rich and poor alike, recognized and embraced his sophisticated and sensitive presentation of Tango. He was able to introduce to people of diverse cultures and backgrounds a universal

deep emotional thread.
It seems that only one individual could have epitomized the true spirit and evolution of the Tango. Carlos Gardel was blessed with unusual charisma and finely-tuned sensibilities. His modesty, humility and generosity engaged everyone who met him. He was both shy and powerful - women loved him and followed him, though he never found the one ‘woman of his heart’. He seemed to forever belong to the people. His eternal smile reminds us of that.